The social care crisis is being fuelled by cash-strapped councils underpaying for care home places. A 2% precept on council tax won’t plug the funding gap.

The Wilbury Rest Home in Hove, Brighton’s more genteel neighbour on the south coast, is the kind of place many people might consider spending their last days. Family-owned, with 18 rooms, it was found at its last inspection to provide “a happy, caring and secure home, putting the interests of residents first”.

But these are tough times for the care home business, the toughest that Graham Dean has known in almost 20 years that he has run the Wilbury, and he contemplates 2016 with apprehension. Two other small homes in the area went under last year, he says, and more will surely follow. 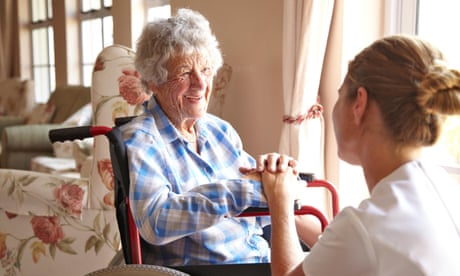 The future of care homes like the Wilbury will be highlighted in parliament when Hove and Portslade’s Labour MP, Peter Kyle, holds a Westminster Hall debate on 13 January. While there has been some belated recognition of the problems facing the big care home chains, with concern focusing on the fragility of the Four Seasons group, it is small independents that are already giving up the struggle to survive.

According to sector analysts, LaingBuisson, the care home sector is closing more beds than it is opening for the first time since 2005, with a net loss of 3,000 across the UK last year. Homes most at risk are those dependent on residents paid for by local councils at rates far below those paid by self-funding residents: proprietors say rates are actually below break-even point.

Dean contrasts the £554 a week that LaingBuisson calculated last year as the minimum “fair” rate for residential care with the £474.70 paid by Brighton & Hove council. His home remains viable, he says, only because 60%-70% of his residents at any one time are self-funders who pay more. Provided he can keep that kind of mix of residents, he thinks he can keep his head above water. But as Brighton & Hove area chair of the East Sussex, Brighton & Hove Registered Care Association, Dean is fearful for homes which are more reliant on council funding. The government’s “national living wage” (NLW) of £7.20 an hour for over-24s takes effect in April and at a stroke will increases the care sector’s costs by at least £330m.

Dean stresses that he does not blame the local council for not paying higher rates to care homes: the tune is called by government. But to cover the cost of introducing the NLW, Brighton & Hove’s rates would need to rise by up to 4.5% – to go as far as covering the £8.25 an hour recommended by the Living Wage Foundation, which unions are urging the council to adopt and to require of suppliers ,they would need to increase by a further 9%. 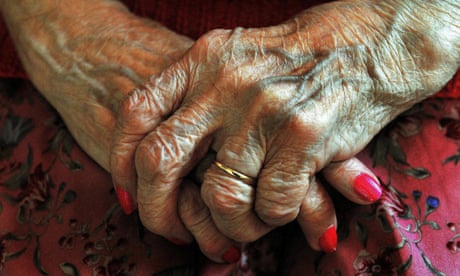 Half of UK care homes will close unless £2.9bn funding gap is plugged, charities warn

Ministers say, and will no doubt repeat in response to Kyle’s debate, that councils have been given the freedom to levy a special 2% council tax precept in April specifically to help meet social care costs. Most councils are expected to take up the offer in addition to the 2% maximum general levy they are allowed, with Brighton & Hove planning a total 3.99% increase.

Warren Morgan, the council’s Labour leader, says the 2% social care precept will “help close [the] funding gap a little but not prevent really painful cuts to services”. While it will raise an extra £2m, in addition to the £2m from the general levy, the authority faces cuts of £20m-£25m in government grant in 2016 and again in 2017.

Kyle, who bucked the national trend when he took Hove and Portslade from the Conservatives at last year’s general election, says the government has failed to come up with “anywhere near enough” resources to meet the crisis in social care. In today’s debate, he will call for more funding and assurances that adequate contingency plans are meanwhile in place to respond to home closures.

At the Wilbury, Dean will be egging him on. He warns: “The future of many care homes, particularly those that rely upon local authority placements, will not be sustainable unless significant additional funding is made available by central government.”